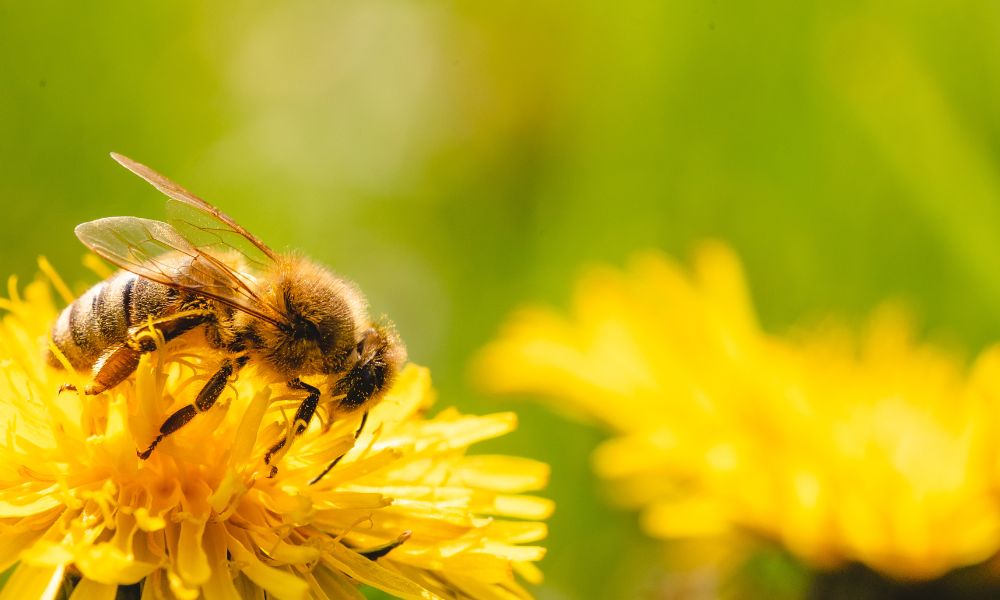 Everyone knows that bees create honey and are one of the most important pollinators that produce it in large quantities. However, an additional product of these little workers is not as well known: the pollen they collect when collecting nectar from flowers. If you are interested in the five top benefits of bee pollen, these are some specifics.

Scientists are still studying the effects of bee pollen in detail, with more conclusive results on people still pending conclusions. However, when being tested with rats, it is believed that some plant compounds found naturally in bee pollen helped soothe inflammation. This has been theorized by studies referenced by Healthline to “suppress biological processes that stimulate inflammatory hormones.”

Though scientists did not conclude the specifics of how bee pollen affected the reproductive rates of New Zealand white rabbits, they noted the effects on a test group. In this study, the babies of the test group fed a regular dose of bee honey were stronger than those without it. Though bee pollen is not recommended for pregnant mothers or infants, the potential benefits remain an interesting result.

Pure pollen is a stronger source of antifungal properties than honey. Though it is not common, some fungal strains resistant to the usual remedies like fluconazole could find bee pollen as a potential alternative. Albeit a bit niche, the pollen in honey has shown to provide more than the usual dietary benefits.

The potential for bee pollen to be used to help recover specific types of liver damage is an exciting find. When administered to rats with liver damage, bee pollen was shown to reverse signs of injury. Little damaging side effects as a result of the pollen were found. Though human trials are still needed, the possibility of a future treatment option is thrilling.

One of the characteristics of bee pollen is its ability to increase blood flow. Regarding your nervous and immune system, bee pollen has shown positive effects when consumed regularly. If typical treatments show little results, depending on the patient’s body and what their doctor decided, it is worth trying to soothe stress.

The prospects of bee pollen are there; with further study, there is a chance for it to become a useful substance to take advantage of in the future. However, given the current climate for bees, it is also a good idea to consider ways to help pollinators thrive so that bee pollen remains in constant supply. Knowing the top five benefits of bee pollen hopefully encourages future studies to make discoveries soon.

previous
Useful Ways To Help Bee Colonies Around You