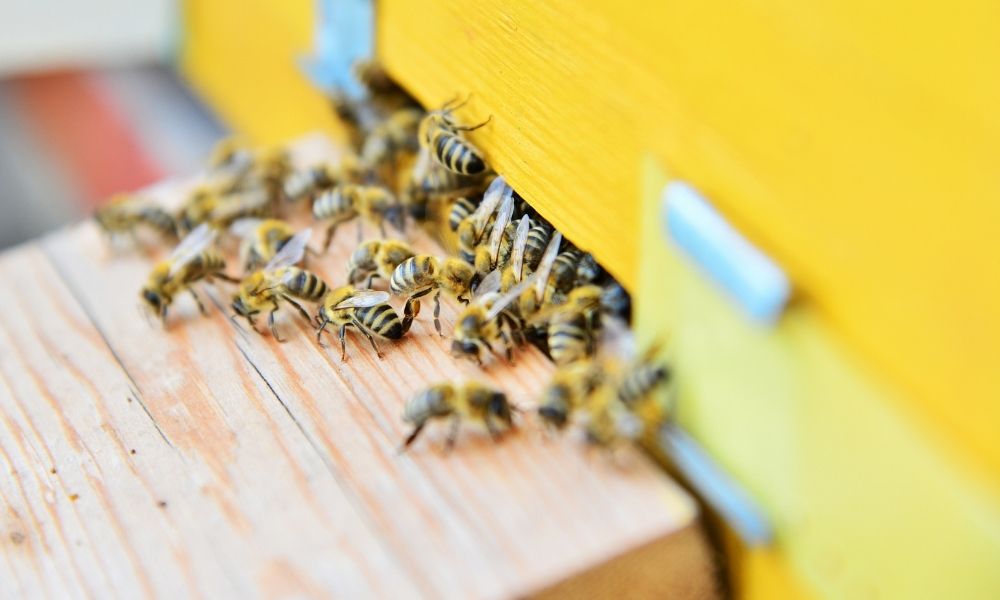 Bees are surprisingly active workers that fulfill different roles in their secluded communities. Just like people, bees have different jobs and roles. However, their jobs tend to be based on their gender. These facts about the different kinds of bees in a hive will highlight the special features of each role.

When most people think of a bee, they think of a worker bee. All workers are female, and their active role in the hive changes as they grow older. When they’re young, worker bees typically help the queen and produce wax to build the hive. After a few weeks, workers then commit to the most dangerous task in the hive: foraging for honey. As the main collectors of nectar, these bees scour for various types of flowers in search of water, pollen, and nectar.

Arguably the most crucial bee in the hive, the queen bee is responsible for laying over a thousand eggs a day. This bee’s purpose is to stay healthy and continue nourishing herself to continue producing new generations of bees. Though this job is comparatively more comfortable than the role of a worker bee, the queen remains active to make the most of her time. Depending on her effectiveness, however, she also remains at risk of being rejected from the hive should another queen show up. This results in either a fight to the death or the new queen being expelled immediately.

Every male bee is a drone. With that in mind, they don’t have the tools to collect nectar or stingers for defense. The sole purpose of a drone is to mate with the queen and spread their genes. However, drones don’t stay only within the hive. They’ll leave to find congregation areas with drones from different hives to mate. If a queen bee flies within this area, the drones will compete to decide who is the best fit to mate with her. No fighting is involved; rather, the drones fly as close to the queen as possible until she selects the fittest.

Despite the efficiency and uniqueness of bee colonies, there remains a global bee decline that threatens the species as a whole. Understanding what the different kinds of bees in a hive are is a small part of a bigger picture. Hopefully, as people educate themselves more thoroughly on bees, they’ll guarantee a secure future for them.